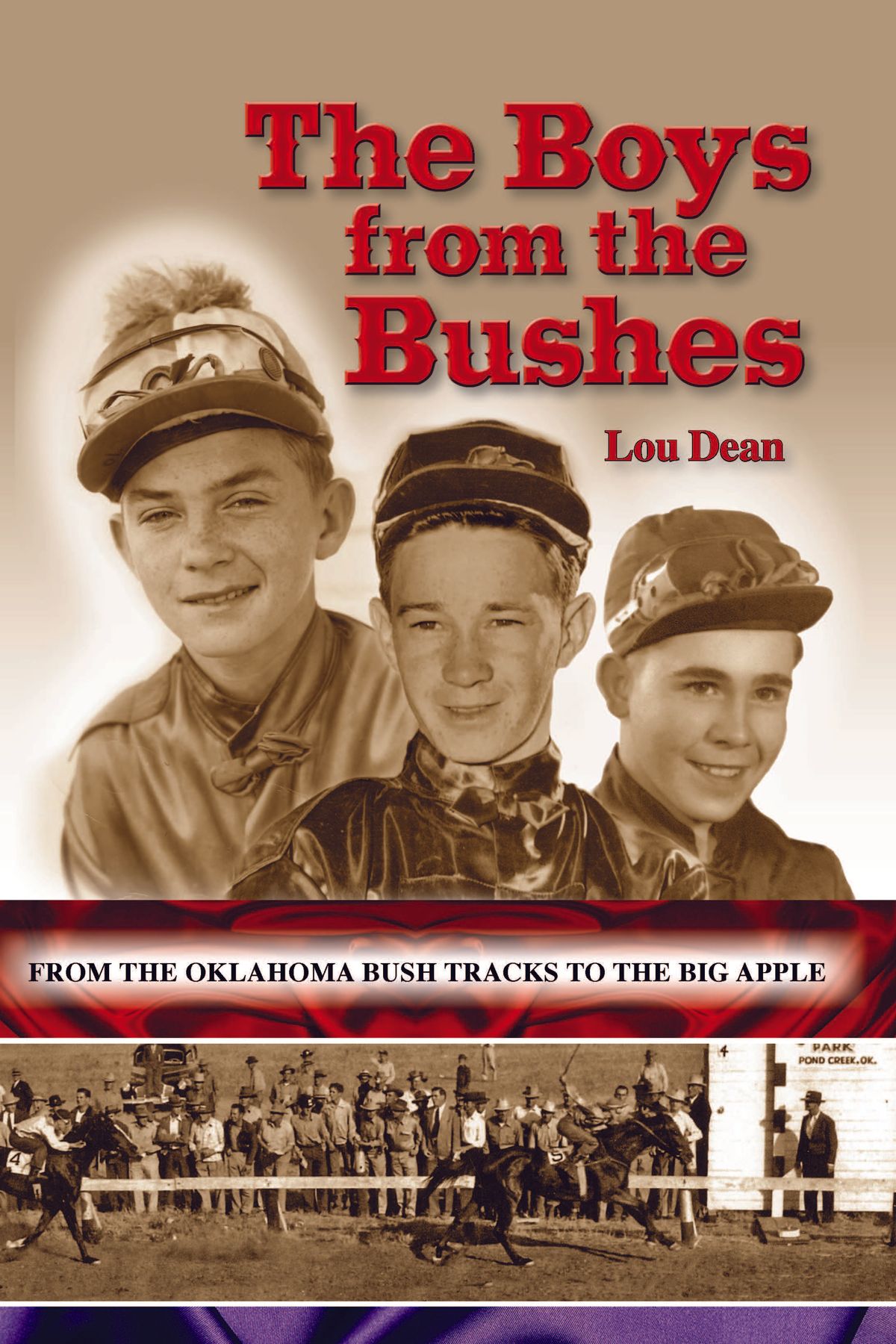 The Boys From the Bushes: From the Oklahoma Bush Tracks to the Big Apple

The history of horse racing in Oklahoma is vibrant. From the Comanche Indians wagering horses, deerskins, and weapons on races recorded as early as 1834 and the land rush known as the Last Run of 1893 to pari-mutuel betting at Remington Race Track today, the sport of racing horses in the state of Oklahoma has been passionate and sometimes brutal.

Early in Oklahoma history, unsanctioned races on rural “bush” tracks attracted large crowds. A Jockey Club formed as early as 1870, tracks were scattered throughout Indian Territory, and almost every county fairground had a temporary racetrack. In 1900, horseman associations began to organize in Oklahoma and purses attracted owners from out of state. By 1911, the expanding industry also began to attract gamblers.

The attempt to eliminate or control gambling at the racetracks remained a controversial issue until 1914, when Governor Lee Cruce, with the help of the National Guard, shut down a scheduled race meet at the Tulsa Fairground, thus ending that chapter of rural horse racing history. But nothing could end the passion for horse racing in the state. Oklahoma went on to become not only a hub for racing, but gained a reputation for producing some of the finest Quarter Horses in the world. In 1982 the voters finally legalized pari-mutuel betting.

Forty years before betting was legalized in Oklahoma, when men began returning home from World War II, anti-gambling sentiment temporarily relaxed and the Oklahoma bush track industry exploded. Hundreds of farm boys and a handful of girls with a passion to ride jumped into the untamed arena of the Oklahoma Bush Track Circuit, embracing the dream of becoming a jockey.

These riders were the sons and daughters of farmers, horse owners, and trainers. They rode in moccasins or old shoes and had no helmets, but they were experienced riders with a rugged toughness and a stubborn will to win. Their races were run in pastures, without starting gates, and the finish line often was marked by only a rock or a line scratched in the dirt. Bush tracks often were near barbed-wire fences or dangerous gullies.

This is the story of three boys who were swept up in the tornado of the Oklahoma horse racing frenzy of the 1940s, and thrust into a life of excitement and turmoil before they were old enough to shave. The choices they made and the choices that were made for them led them to become “boys from the bushes.”